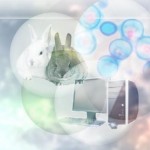 In the Theory page you can download now the ANTARES book. This short book is about QSAR models — their meaning and construction. It introduces basic notions of chemometrics, toxicology, and normative aspects.

It is the result of a team project work developed with Luigi Cardamone, Magdalena Gocieva, Marina Mancusi, Rima Padovani, Lorenzo Tamellini of the ASP school of Politecnico di Milano and Politecnico di Torino.

In our everyday life we have to deal with an exponentially increasing number of different chemical compounds: the number of registered chemicals is about 28 millions, including food colouring and preservatives, drugs, varnishes and paints for wearing and objects, pesticides and many others. It is well recognised that chemicals may pose high risk to environment and to humans, and hence their toxic activity has to be assessed. Biological active substances interact with bio-molecules, triggering specific mechanisms like   activation of an enzyme cascade or opening of an ion channel, which finally leads to a biological response. These mechanisms, determined by the chemical composition of the considered substances,  are unfortunately largely unknown, and thus one has to study toxicity experimentally. It is possible to conduct at least three different kinds of experiments to assess the biological activity of a molecule: “in vivo” experiments, that is animal testing, “in vitro” experiments, that is using tissue culture cells, and “in silico” experiments, which refers to computer simulations.

Both animal testing and “in vitro” experiments are of course time consuming and expensive, and especially animal testing is considered ethically unacceptable by a growing majority of people. For these reasons, and also thanks to the increased power of computers, the scientific community and the industrial world focused on “in silico” experiments, which represent a more mathematical and computational approach, developing a number of models and strategies to predict physical and chemical properties of compounds.